Clean up repos by removing large folders/files from .git history 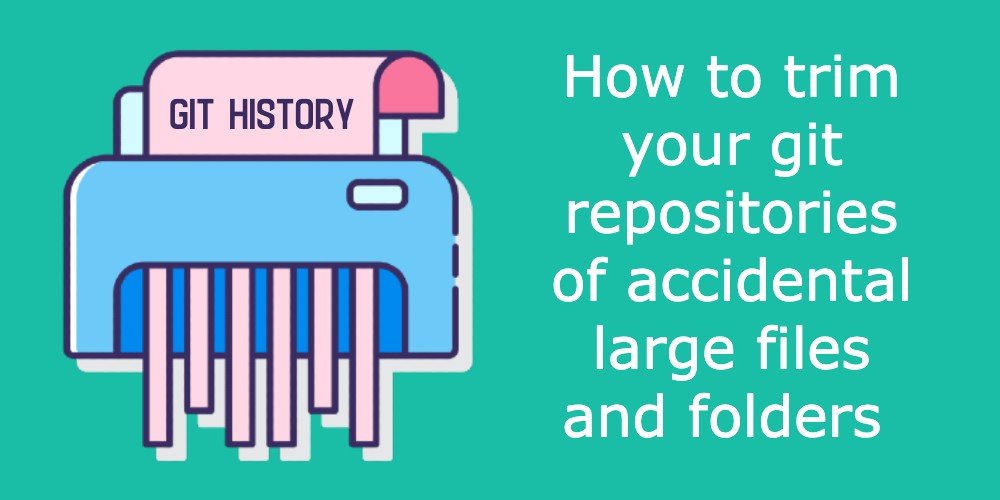 While working on project recently, I discovered that one of my collaborators had accidentally committed to the repository a backup folder, which was around 400mb large. Though I could delete it, the record of that would still exist in the history, which was why the .git folder for the project was at 550mb large, which is much bigger than the rest of the actual files.

I was very interested in the performance aspect, as when I had attempted to use git filter-branch to clean up the repository, the process took over 25 minutes to complete. Using Git Filter-Repo instead took under 10 seconds.

Besides bloated file sizes, this tool can also be used in case you need to remove sensitive files (like passwords) that you could accidentally send to someone who you share the repo with.

For my local mac, I simply used the command brew install git-filter-repo

For the linux servers that host the website, I used a python installer, python3 -m pip install --user git-filter-repo

This brought the /.git/ folder to a reasonable 161mb.

I discovered accidentally that this has the unfortunate effect of pretty much deleting your /.git/config/ file, so I had to re-add my remotes and branch associations.

Then I force pushed to origin, repeated the steps on the servers I controlled, and instructed my teammates to do the same for their own local copies.

I still have to learn:

If anyone has the answers to that, please leave a comment below :)

This site uses Akismet to reduce spam. Learn how your comment data is processed.